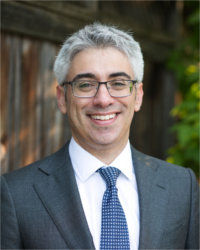 This week, we’re tapping into the complex world of telecommunications law with Daniel Stern, the director of regulatory law and policy at TELUS!

Daniel Stern is Director, Regulatory Law and Policy at TELUS. He leads a small team of professionals who represent TELUS in telecommunications law and policy proceedings before the CRTC and other federal administrative bodies, including the Competition Bureau and Innovation, Science and Economic Development Canada. Daniel’s team also manages much of TELUS’ public law litigation, including judicial reviews of CRTC decisions in the Federal Court of Appeal, as well as constitutionally focused proceedings in provincial superior courts. Daniel also provides strategic public policy advice on telecommunications initiatives and consultations. His practice focuses on administrative law, consumer law, competition law, and constitutional law, all as applied to the regulation of the telecommunications industry in Canada.

Prior to joining TELUS in 2015, Daniel practiced as a commercial litigator at a large Toronto firm, with an emphasis on class actions, media law, and competition law.

Daniel is originally from Ottawa but for the last 10 years has called Toronto home, along with his wife and two young children.