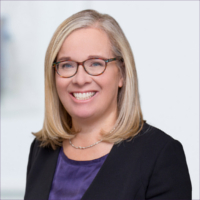 For our Season 4 finale, we’re speaking with construction lawyer, Sharon Vogel, who was ranked as one of 2017’s Top 25 Most Influential Lawyers in Canada!

3. Construction and Division of Powers (9:54) Download
– Prompt payment in the construction industry, PSPC

She specializes in the negotiation, mediation, arbitration and litigation of construction disputes, including construction liens, breach of contract, breach of trust, delays, surety bonds, construction insurance, and architects’ and engineers’ errors and omissions. She has appeared at all levels of court, including the Ontario Superior Court, Court of Appeal and the Supreme Court of Canada. She also has extensive experience drafting construction contracts on behalf of owners, developers, general contractors, subcontractors, and suppliers.