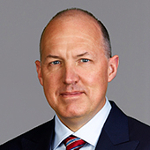 1. Price-Fixing in the Bread Industry (12:47) Download
– ‘Why the hell are they at $1.88?’: Inside the damning allegations of Canada’s bread price fixing scandal, Financial Post
– Bakers, grocers involved in 16-year price-fixing conspiracy: Competition Bureau, CTV News

Michael acts for and advises parties in a wide range of commercial disputes, including contractual disputes, shareholders’ disputes, commercial fraud, and employment matters. He also offers experience in a range of regulatory and white collar crime matters.

Michael has acted as trial and appellate counsel before all levels of court across the country, the Competition Tribunal and other administrative tribunals, and arbitral tribunals in international and domestic arbitrations, both institutional and ad hoc.

Michael is a Fellow of the Chartered Institute of Arbitrators and a member of ICDR Canada’s roster of arbitrators.