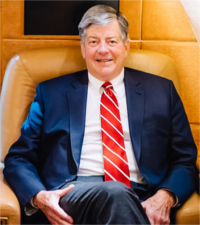 Season 4 takes off this week, as we chat with aviation lawyer, Bill Clark, about the legal issues about planes, jets and everything in the sky.

1. Passenger Bill of Rights (11:42) Download
– Bill C-49, An Act to amend the Canada Transportation Act and other Acts respecting transportation and to make related and consequential amendments to other Acts

Bill Clark is one of the few Canadian lawyers devoting their total time to the commercial and regulatory legal requirements of aviation and travel companies, Bill’s practice is primarily a corporate and regulatory law practice with an emphasis on those business entities operating in those industries in Canada.

Bill is consulted by many foreign air carriers and their countries regarding bilateral negotiations with Canada. Numerous airlines have utilized his legal services from commencement of operations to Canada by either charter services or offline services, through the bilateral negotiations with the Government of Canada to allow scheduled services. Bill also provides regulatory advice to domestic airlines as well as companies in associated aviation industries such as ground handlers, parts suppliers, engine overhaulers, flight training schools, helicopter operators and fixed-based operators. Commercial and transactional advice is also provided to aircraft lessors and lessees, as well as third party financial institutions in regard to leasing, financing and the interchange of aircraft.

A significant portion of Bill’s practice is dedicated to the executive aircraft segment of the aviation industry. He has served as a Director of the Canadian Business Aviation Association (CBAA) for over a decade and is presently a member of several National Business Aviation Association (NBAA) committees. Bill has been the designated legal counsel to the Canadian Association of Tour Operators (CATO) since it’s inception in 1984.
Bill’s Bio
Bill’s Email Address