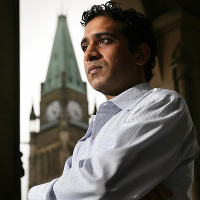 In our latest bonus episode of Lawyered Unplugged, we speak with Susheel Gupta about finding purpose in the public sector. Susheel is a Canadian lawyer whose incredible story, stemming from a tragic murder, spurred him to serve in numerous impressive roles in the federal public sector, including as: a federal prosecutor, a Vice-Chair of the Canadian Human Rights Tribunal, and an RCMP advisor in the Counter-Terrorism & National Security group.

This episode features a candid look at life at various levels of the public sector and includes career tips for lawyers at all levels of call.

NOTE: While the episode preview above is available for everyone, the full 1-hour version of this bonus episode is available exclusively for members of the Lawyered Patreon community. If you want to hear all of our bonus episodes (and unlock more bonus content), check out our Patreon page HERE!

In the full 1-hour episode, you’ll hear Susheel tackle a number of topics, including:

During his time as a Federal Prosecutor he was designated an Advisor on Computer Crime. He regularly presents on the legal aspects of Cybercrime. He has been a member on several expert Computer Crime Working Groups nationally, and was a Canadian designate to task forces on Cybercrime with the FBI and the U.S. Secret Service. With respect to National Security, Susheel was one of the co-counsels in Canada’s first prosecution under the Anti-Terrorism Act. Today, Susheel is a Senior Strategic Operations Advisor with the RCMP in the Counter-Terrorism & National Security group.

On a more personal note, Susheel has been actively involved in issues concerning national security and terrorism. He was 12 years old when his mother was murdered in the Air India Flight 182 terrorist bombing. It was this terrorist incident and tragedy that led him down the path to a career working in the public service.